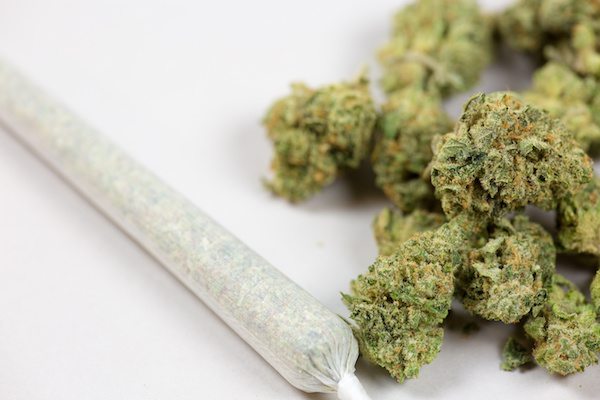 Marijuana is used for a lot of reasons, both recreational and medicinal. Among the medicinal reasons, one of the more common problems being treated is insomnia. Pot has been demonstrated to effectively help users fall asleep and, unlike counting sheep, using marijuana as a sleep aid allows you to get high at the end of your day. So, you know, it’s way better.

If you know anything about the difference between a sativa and an indica, you probably know at least one of two things: 1) that sativas tend to uplift, while indicas sedate, and 2) that sativas mostly affect the head, whereas indicas have an effect on the entire body. If you’re using marijuana as a sleep aid, sedating your whole body sounds like the way to go, right?

Scientists don’t yet know exactly why indicas have these effects. At least part of the reason appears to be that indicas are much higher in CBD (cannabidiol), which is known to make people feel less anxious and more calm. But this is actually an area where the “latest science” is changing all the time. Regardless, what you need to know is that if you’re going to be using marijuana as a sleep aid, you should get an indica or an indica-leaning hybrid.

Both marijuana buds and edibles make top-notch sleep aids. Many users prefer edibles because they’re easy to build into one’s routine; you can simply eat a gummy candy before brushing and getting ready for bed. It’s also clear exactly how many milligrams of THC you’re consuming. Furthermore, who doesn’t like a tasty treat at the end of the day? On the other hand, some people would rather smoke weed because edibles can take awhile to kick in. For some users that can mean up to two hours. If you don’t plan on using marijuana as a sleep aid every night, but only when you just can’t seem to fall asleep, it’s probably a wise decision to stick with buds, as that’ll help you get to sleep as quickly as possible.

Whether you’re looking for edibles or indica strains of bud, we encourage you to check out our selection. You’re sure to find something that’s up your alley.

Which do you prefer to help you fall asleep, buds or edibles? Let us know in the comments below!