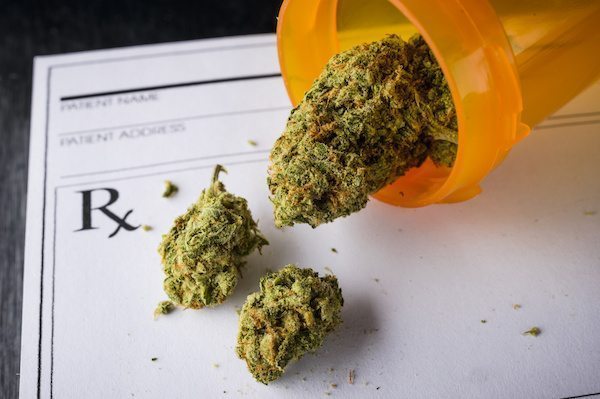 The push for the legalization of marijuana has often been predicated on cannabis’ medicinal properties. It’s no secret that marijuana has been used effectively to relieve the physical, and often debilitating, symptoms of people’s illnesses and diseases. In a blog last month, we detailed five such uses of medicinal marijuana. However, it seems that in recent times there is more being written and spoken about not just the use of cannabis to treat physical symptoms, but the use of marijuana to treat the symptoms of mental illnesses as well.

One problem medical marijuana can help deal with is anxiety. There’s a lot of “bad science” going around on this topic. On the Internet, you’ll find claims that marijuana both relieves and causes anxiety. The truth is that both these claims have some merit. Different types of marijuana have different effects on the human body. It’s true that strains high in THC, marijuana’s psychoactive component, have at times caused anxiety in users. However, strains high in CBD and low in THC have been shown to effectively help treat anxiety. If you’re not looking to get high, and just want to use marijuana to treat your anxiety, you can even buy pills that are concentrated quantities of CBD.

You may be asking what THC does, then, if it’s not used to treat anxiety. Well, that’s not quite true. Strains high in THC can be used to treat anxiety, but effectiveness may vary from user to user. Strains that do treat anxiety are usually indica-dominant, as indica buds have a sedating effect on their smokers. However, some people may feel paranoid when they smoke weed and, obviously, being paranoid doesn’t help with anxiety. If that’s you, stick with the aforementioned pills. But, if it’s not, you can partake in smoking some indica-heavy strains. They can also help with regulating your sleep pattern if you have insomnia.

Sativa-heavy strains, on the other hand, while not the best at treating anxiety, have been shown to effectively treat depression. This makes sense, as they are known for having an uplifting effect on their users. There is also research being done into the effects of sativa strains on borderline personality disorder, and some people believe it may help sufferers of that illness as well.

Regarding marijuana and mental illness in general, there is much more research to be done. What constitutes “the latest science” is changing all the time. But it’s clear that marijuana does have medicinal properties not just relating to physical illnesses, but mental illnesses as well. And that’s good news for sufferers around the world.

Have you used marijuana to treat mental illness? Share your story in the comments below.