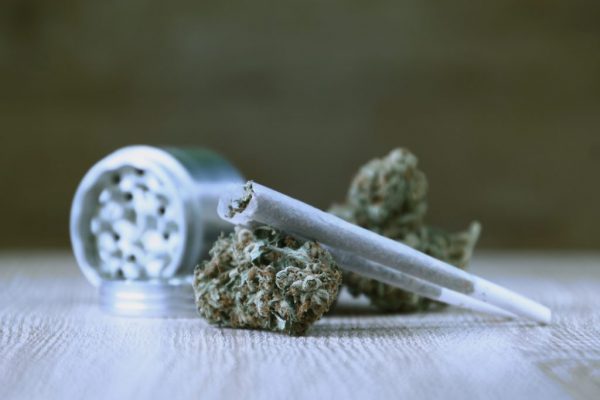 As marijuana use becomes increasingly socially acceptable, it’s being more frequently depicted in media. Not surprisingly, there are a lot more stoner comedies being made nowadays than there were twenty or thirty years ago. But that doesn’t mean there weren’t any solid stoner comedies being made in the past; in fact, it just means that they’re a rarer breed. Here are five cinematic stoner adventures from before the turn of the 21st century that have stood the test of time.

This film about the last day of school in a small Texas town in 1976 perfectly captures the hippie-stoner culture of yesteryear. There’s a lot of pot-smoking in this movie and far too many marijuana references for us to mention them all. But one of the funniest of all-time might be Matthew McConaughey’s character Wooderson asking the young protagonist if he has a joint on him. When the young man responds in the negative, McConaughey, in his vintage Southern drawl, states, “It’d be a lot cooler if you did.”

Cheech Marin and Tommy Chong, affectionately known by their fans as Cheech & Chong, had been a comedy duo for about a decade before they wrote and starred in Up in Smoke, but it was this film that truly cemented them as counterculture legends. The fellas’ wacky, weed-filled road trip of a movie is often credited as establishing the “stoner comedy” genre, and incredibly, earned over $44 million at the box office on only a $2 million budget.

You knew this one was coming. This Dave Chappelle vehicle about a trio of friends forced to sell weed to earn money to bail their friend out of jail is equal parts ridiculous and hilarious. Watch out for the guest appearance by Snoop Dogg as the “scavenger stoner,” the weed-smoker who only shows up when you’ve got weed to smoke.

In the early 1980s, young writer and filmmaker Cameron Crowe went undercover as a teenager and documented his findings among the young stoners, surfers, jocks, and nerds at a high school in San Diego. The film that was eventually made based on his experiences, Fast Times at Ridgemont High, is a brilliant take on the classic coming-of-age movie. The film’s most stonerific character is without a doubt Spicoli, portrayed by a young Sean Penn, who at one point is so stoned he orders a pizza to his history class.

This absurd anti-marijuana propaganda film from the 1930s descended into virtual obscurity until it was found by the director of the National Organization for the Reform of Marijuana Laws (NORML) in 1972. Since then it’s enjoyed a revival, being screened at cult movie nights and midnight showings to the ironic delight of pot users. Not playing in your town? Don’t worry. It’s in the public domain, so you can enjoy it legally for free on YouTube.

What did we miss? Let us know in the comments below!