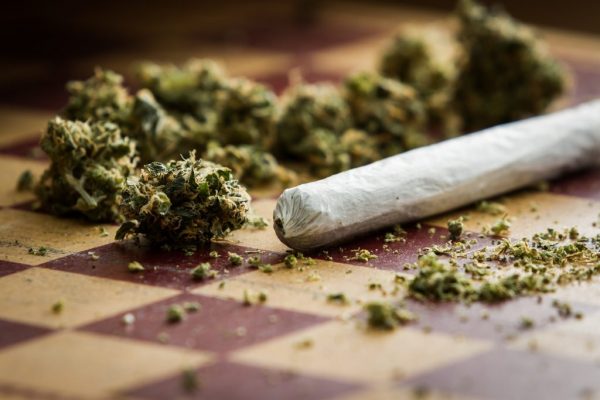 A new study conducted by researchers at Stanford University School of Medicine indicates that pot smokers have sex about 20% more often than those who abstain from marijuana, or, as your oldest and most boring aunt might call it, the Devil’s lettuce. The study, published last Friday in the Journal of Sexual Medicine, measured the sexual activity of more than 50,000 Americans aged 25 to 45 over the course of several years. The test subjects were asked how often they smoked marijuana in the past 12 months and how often they had sex in the past four weeks. In all, the study analyzed the responses of 28,176 women averaging 29.9 years of age and 22,943 men averaging 29.5 years of age.

And, according to the study’s authors, medical doctors Michael Eisenberg and Andrew Sun, the results are without question: Marijuana use is “associated with increased coital frequency.” It turns out that the notion that pot might impair one’s sex drive was nothing more than a myth. “Frequent marijuana use doesn’t seem to impair sexual motivation or performance,” stated Eisenberg decisively.

All in all, 24.5% of men and 14.5% of women reported having used marijuana in the past year. With both genders, there was a positive correlation between the frequency of marijuana use and the frequency of sex. Non-using men reported having sex 5.6 times during the previous four weeks, while men who smoked marijuana daily reported having sex 6.9 times in the past four weeks. Among women, the corresponding numbers were 6.0 and 7.1. The positive association also proved true across all races, ages, education levels, income groups, and religions, and regardless of marital status or health status.

Also, the trend remained after calculating to account for respondents’ use of other drugs. According to Eisenberg, that implies that the association between marijuana use and sexual activity isn’t simply an indication that some less inhibited type of person is more likely to engage in sex and drugs. Nonetheless, the study does not conclusively prove that marijuana use leads to sex. It is possible that those with higher sex drives have a tendency to want to smoke marijuana more. As Eisenberg put it, nothing in the study says “if you smoke more marijuana, you’ll have more sex.”

Still, it’s good to know that it doesn’t hurt.

Do you think smoking pot leads to having more sex? Discuss in the comments below!