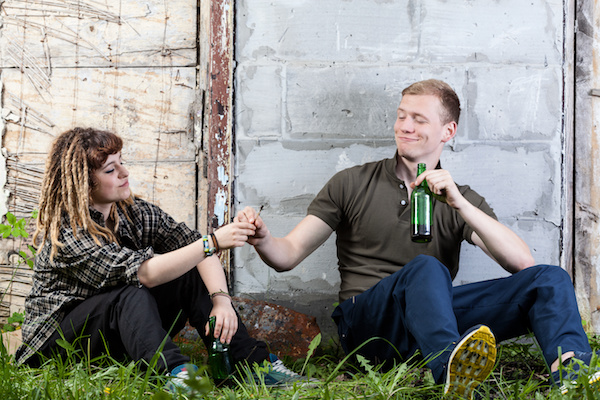 In previous posts we’ve discussed some of the side effects often associated with smoking weed. While we’ve touched on various strains and their benefits, this time around we thought it would be important to share information on what to expect when you mix your favorite past-time with other drugs. Weed is commonly mixed with alcohol, tobacco and prescription drugs. While all these drugs are legal in Canada, it’s paramount to know how they have the ability to affect your mind and body when they are combined together.

A duo of drugs that you can often find paired together, mixing weed with alcohol is a commonly  out state-of-mind known as crossfade. Although the combination of these two drugs can vary depending on each person’s tolerance level, there is a scientific reason why mingling the two legal, party drugs can drastically heighten your impairment.

Alcohol is a depressant, and in moderate to low doses it causes emotional release and lower inhibitions, while marijuana can act as a depressant, stimulant or hallucinogen depending on the effects of your strain of choice — although it’s commonly used for its more relaxing properties. So, what can happen when you mix the two?

Some studies show that smoking weed can affect the way that your body absorbs alcohol, while others show that drinking affects the absorption of THC. Regardless of the way you look at it, mixing these two substances can drastically intensify the effects on your mind and body. Just take it in moderation and understand your body’s limitations.

Considering a joint that is rolled with half weed, half tobacco is called a spliff, it may come as no surprise that these two substances are commonly combined and smoked.

Both weed and tobacco have varying effects on a person and when you combine the two drugs, you end up with a bit of both. Nicotine has the ability to make you feel relaxed and alert, with some studies suggesting that tobacco improves your memory. While this might sound like a good thing, it also contains many dangerous carcinogens. Weed, on the other hand, is known for its sedative properties, appetite enhancement and alleviation of muscle tension.

The key when combining these two substances is to understand your strain and blend them in a way that you can experience the buzz without any uncomfortable side effects.

Depending on who you speak with, weed is often considered either a drug or a medicine. Yet, regardless of the term people choose to use, consumption of weed carries relative side effects. When people combine weed with a prescription drug, that also carries its own list of side effects, sometimes the pleasantries as well as the symptoms can change or become heightened.

These types of interactions have the ability to counteract each other, which can cause the effects of one or both of the drugs to become ineffective. If the medication that you are taking is detrimental to the well-being of your health, it’s important to speak with your physician to ensure that smoking weed will not cause complications.

Mixing weed with prescription medications also has the ability to cause depression, increased heart rates, a decrease in breathing, paranoia, anxiety, inhibition of chemicals reactions to the brain and a decreased metabolism of the prescribed medications.

It’s fundamental when mixing weed with other drugs to be aware of the potential side effects and how they can affect you so that you make an informed choice on which drugs can be combined.

Have you ever had a negative experience when mixing different substances? Tell us in the comments section below.

One thought on “How are you affected when you mix weed with alcohol, tobacco or prescription drugs?”