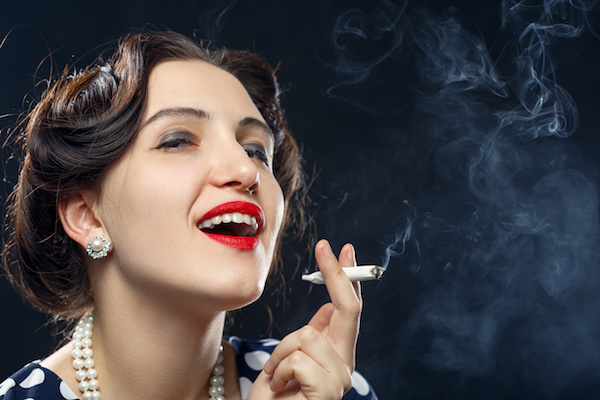 If you’re a person that’s enthusiastic about weed then you probably already know all the hard facts pertaining to achieving the best highs or which strain you prefer when it comes to pain. However, cannabis is an incredibly versatile plant that has been used for centuries for various reasons — getting high, chilling out, medicinal and even to create some useful products. We’ve crafted this clever list of weed facts that stoners probably didn’t know about their favourite past-time.

Weed was used as a truth serum

Although when your friends and you get high the truth probably blurts out of your mouth unintentionally at times, the U.S. government in World War II actually used it as a truth serum. Commonly mixed into a combustible cigarette, weed was given to detainees as a means to encourage them to spill secret information.

Ever heard about the Cannabis Cup?

Although Amsterdam is well known for its “coffee shops”, it’s also well known to stoners for its annual hosting of the Cannabis Cup. Hosted in the city since the late 80s, the Cannabis Cup allows stoners everywhere to join in on the celebration, as well as sample and vote for their favorite marijuana varieties.

Weed can grow in any environment

Now this is one of our favourite weed facts! Did you know that the cannabis plant has the ability to grow in any given environmental condition? Although there are ideal environments for the marijuana crop to flourish, weed is an incredibly adaptive plant.

You probably own a hemp product

Most stoners deliberately purchase hemp products because they know that they are usually high-quality. However, to all the naysayers out there, hemp is commonly used to make clothing, blankets and backpacks because it is often softer in comparison to cotton leaves. Tell that to your mom!

Weed is in the air

Did you know that the air of at least seven Italian cities — Rome, Bologna, Florence, Milan, Naples, Palermo, Turin and Verona — are filled with traces of marijuana? Researchers have found psychotropic substances including cocaine, marijuana, nicotine (obviously) and caffeine wafting throughout the air at these geographic locations. I guess lots of Italians are cannabis enthusiasts too!

Do you know any other fun weed facts? Tell us in the comments section below.