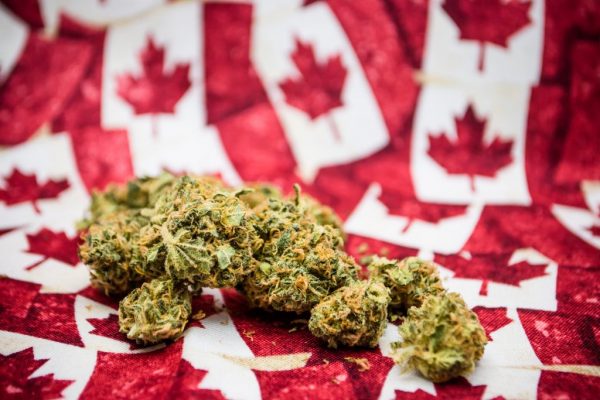 The movement for the legalization of marijuana has come a long way in recent years. Next July 1, in Canada, weed will finally officially be legalized for both medicinal and recreational use. But this breakthrough did not happen on its own. The end of the Canadian prohibition on pot is a direct result of the hard work of Canadian weed activists. Here are three famous weed activists north of the border.

As the owner of more than twenty dispensaries in Vancouver and Toronto, Don Briere has become known by some as the “Tim Hortons of cannabis.” He’s been fighting the prohibition of marijuana for decades, setting up dispensaries and vapor lounges which were promptly raided and shut down, only to be set up again. In 2001, he was sentenced to four years in jail for cultivation and trafficking of marijuana, as well as possession of a firearm. But, upon getting out, he went right back to fighting the system and trying to bring pot to the people. In his view, “the cannabis wars that have been raging for 60 to 70 years are now over.” That’s in part due to the perseverance of people like him.

Abi Roach opened Roach-a-Rama, a head shop in Toronto, in 2001 and followed that up by opening Hotbox, a weed lounge, in 2004. Since then, she’s become more than just a weed entrepreneur. She’s also one of the leading industry voices in a room full of politicians. She works on fostering better relationships between the government and the marijuana industry and has been focused on revamping Ontario’s controversial Bill 45, which prohibits smoking weed in public.

Marc Emery might be the Canadian marijuana activist most well known around the world. Nicknamed the “Prince of Pot,” Emery has been cultivating marijuana, setting up dispensaries and lounges, and selling marijuana seeds for decades. Unfortunately, it’s the last activity that got him into trouble, as he was sentenced to five years in an American jail for selling seeds over the Canada-USA border. He’s also been involved in the Marijuana Party of Canada and the Freedom Party of Canada and organized dozens of rallies protesting the prohibition of weed. His wife, Jodie Emery, is a marijuana activist as well.

What other famous weed activists should people know about? Let us know in the comments below!