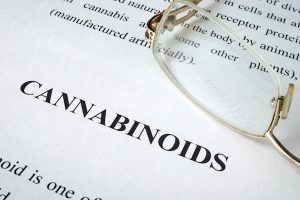 Cannabis is a very unique plant that produces a variety of compounds that provide relief for an array of symptoms including pain, nausea, and anxiety. So, while most of them are present at very low levels when you buy weed online or at a dispensary, others such as THC and CBD often play a deciding role in which items you purchase. Nevertheless, it’s important to know that when cannabis is consumed, each cannabinoid present binds to the receptors in your brain and offers a very exclusive experience.

Major cannabinoid acids that are produced by cannabis

Did you know that cannabis doesn’t directly make the most famous cannabinoids, THC and CBD, that are associated with the plant? Instead, it synthesizes several different cannabinoid acids. These acids must then be activated (decarboxylated), usually through a heating process, to yield the compounds that most consumers are after — THC for its psychoactive properties and CBD for its pain alleviation. Although both THC and CBD are sought after, there are a number of related cannabinoid acids that are produced:

Contrary to popular belief, THCA and CBDA are the most abundant cannabinoids found in popular strains. That being said, all the others listed above are commonly present in cannabis at much lower levels. As such, many of the acids are known for their intoxicating effects like THC, but they also possess a variety of unique properties. For example, some have antibiotic or insecticidal characteristics related to the natural ability of the plant to defend itself.

Not all cannabinoids will get you high

When you buy weed online most product descriptions detail the percentage of THC in each strain variation, probably because THC is the only plant cannabinoid that is likely to come along with sought after intoxicating effects. There’s some evidence to suggest that the compound THCV may also have some psychoactive effects, depending on the dosage, however, THCV is not usually present in significant enough quantities in commercial cannabis products that you buy online.

Most plant cannabinoids are not intoxicating themselves, although their presence can influence how THC affects your body. The best example of the following comes from the compound, CBD. Even though CBD doesn’t get you a high on its own, it does influence how THC interacts with your cannabinoid receptors.

If you know other information pertaining to cannabinoids and want to share it with our readers, drop it comment below.

2 thoughts on “Are you familiar with this list of cannabinoids?”