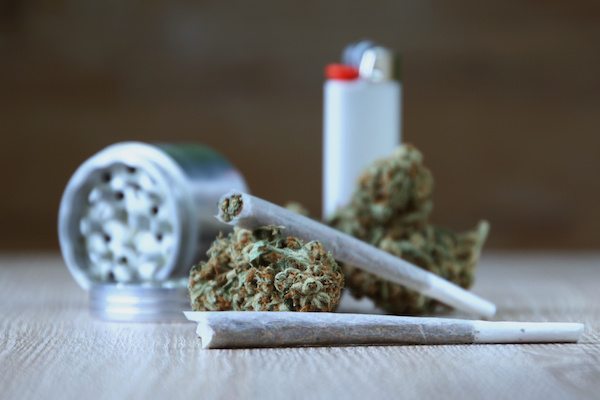 Want to get high and listen to some rap music? Here are five great weed rap songs to listen to while you’re blazing.

“What you gonna do when the people go home / And you wanna smoke weed but the reefer’s all gone?” Doobie Ashtray is a soul-rending tale about a man who just wants to get high and can’t catch a break. It’s also one of the all-time great weed rap songs, possessing a funky guitar-based beat, whimsical yet poignant lyrics, and effortlessly cool vocal delivery courtesy of rapper Devin the Dude.

Redman – How to Roll a Blunt

Not only is this song is a great tune to listen to while you’re hanging around smoking chronic, but it’s also a useful how-to explanation for any blunt newbie who needs to learn how to roll one. And your parents probably said you’d never learn anything from listening to rap music!

Cypress Hill – Roll It Up, Light It Up, Smoke It Up

As the members of this Los Angeles rap group are prolific composers of weed rap songs, there were a lot of Cypress Hill joints that could have been picked, including bonafide classics like Dr. Greenthumb and Hits from the Bong. Ultimately, we decided to go with this track from the movie Friday. Combining a smooth and hazy instrumental with frontman B-Real’s distinctively nasally vocals, it’s the ultimate anthem for joint-smokers out there and a must-have on any weed rap playlist.

Madvillain is a collaborative effort between producer, rapper, and all-around hip-hop experimentalist Madlib, and veteran underground rapper MF Doom. If you smoke weed, and like weird and wild rap music, then you’ll love America’s Most Blunted, their tribute to everyone’s favorite smokable plant. From Doom’s clever, complex, multisyllabic rhymes to Madlib’s bizarre delivery as his alter ego Quasimoto, this song is sure to make a lasting impression. And remember, in the immortal words of MF Doom, “Recent research shows it’s not so darn harmful.”

Unlike the other artists on this list, First World isn’t much known for anything besides this one song. But what a song it is! Check out the chorus from this laid-back ode to getting stoned: “I smoke mad weed around the clock all the time / It’s the only thing that keeps me from losing my mind.” Have truer words ever been spoken? No, they definitely haven’t.

What other weed rap songs do you listen to when you’re high? Let us know in the comments below!

One thought on “5 Great Rap Songs About Smoking Weed”