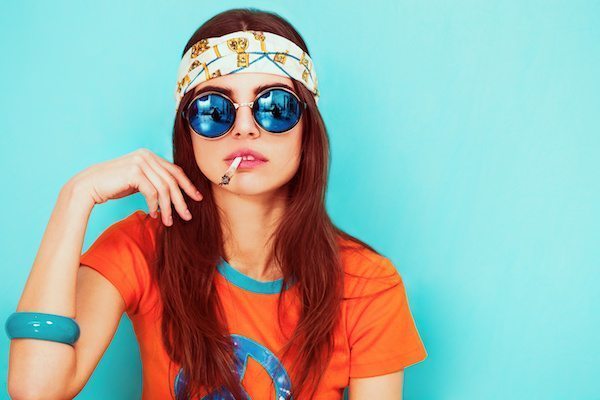 Let’s face it: marijuana’s mainstream now. It’s about to become legal in Canada, and with that, society will begin treating it just as it treats alcohol. And, as there are rules of etiquette for the consumption of alcohol, there are similar tenets for smoking pot. Here’s a briefer on weed etiquette.

Although weed’s about to be as legal as booze, its consumption is intrinsically different from that of alcohol because with alcohol everyone has their own drink, whereas with weed everyone usually shares one source, be it a joint, pipe, bong, vaporizer, pen, or whatever. Thus, it’s generally a good idea to be conscious of how many people you’re smoking with. If it’s a group, try to smoke an amount such that everyone gets a fair share and no one has to wait an absurd length of time. The general rule about not bogarting is “puff, puff, pass.” Take a couple hits and keep it moving.

Don’t Be Too Slow

This goes hand in hand with the first rule, Don’t Be Selfish. If you’re smoking with a large group of friends, don’t gab away while you’re holding onto the joint or the pipe. That’s frustrating for those who are waiting for you to puff, puff, and pass.

Try Not to Reek Up the Joint

This is especially true if you share your living quarters with others or live in an apartment building. Pot is wonderful, but it can be quite pungent, and those who don’t like to indulge in marijuana (we know, we know, how is that possible — but it is) might not appreciate the smell permeating the air everywhere. Open a window, turn a fan on, spray some Febreze. Those who live around you will appreciate it.

You should definitely do this if others will be smoking up with your equipment, but even if that’s not the case, you should do it for your own health. Smoking out of really dirty glass is like eating with unwashed dishes. You wouldn’t serve your friend a drink in a dirty cup, so don’t offer them a hit from a filthy bong.

Check Your Drug Use Privilege

Pot is still technically illegal in Canada if it’s not for medicinal use, and even when smoking weed gets legalized, public consumption probably won’t. That means that smoking weed can be a crime. And the experiences that people have had with law enforcement in their lives are often greatly influenced by their race, color or ethnic heritage. Don’t roll your eyes are chide someone for being paranoid if they don’t want to smoke in public. They might have a good reason not to want to. Like with everything else in life, it can be important to try to put yourself in someone else’s shoes before judging.

What important rules of weed etiquette did we miss? Let us know in the comments below!