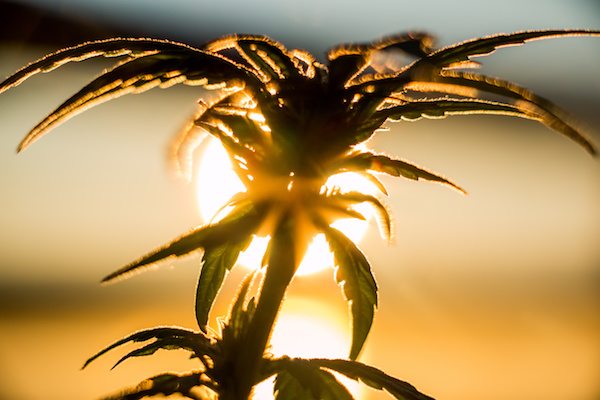 Certain activities, like eating a delicious dessert, are widely considered among marijuana users to be well-suited for smoking weed. There are other actions, such as trying to operate an aircraft, that are universally (we hope) acknowledged to be performed best when you’re not stoned. Where does working out fall on the spectrum? Somewhere in the middle. Here are some of the effects of weed on working out.

It would be disingenuous to pretend that weed were an exercise miracle elixir. It can make you physically tired, and obviously, that’s not what you want when you’re lifting weights or running on a treadmill. On the other hand, it can also put you into the zone, physically relax you, and increase your capacity to feel discomfort.

If you do decide that you want to smoke or eat weed before a workout, you definitely shouldn’t be using as much as you normally would to get high. You’re going to want to microdose, or take a very small amount to experienced a diminished version of the effects. It’s important that you learn precisely how much weed has how much of an impact on your body. As we mentioned at the beginning, weed can have both positive and negative effects on your workout, and finding your ideal dose is the key to maximizing the former while minimizing the latter.

A few months ago, we detailed some of the differences between THC and CBD, the two cannabinoids in marijuana. Basically, there are two distinct medicinal components to marijuana, and certain strains, extracts, and edibles can have more of one of the other. Weed that’s high in THC is more common, especially in places where cannabis is still illegal, and users’ experiences with this type of marijuana have crafted weed’s image as a substance that slows down your brain and your reaction time. The fact is that CBD doesn’t do that at all, and in fact, recent studies indicate that CBD might actually increase cognitive performance.

Not exactly. The truth is that we simply don’t know enough yet. Now that pot is becoming legal in more places around the world, more studies are being performed on the use of cannabinoids, and hopefully, soon we’ll have a more scientific understanding of the effects of weed on working out. All we can say now for sure is that the trend among those who use marijuana when they work out is to use products high in CBD.

Have you ever experienced the effects of weed on working out? Tell us your story in the comments below!

2 thoughts on “The Effects of Weed on Working Out”