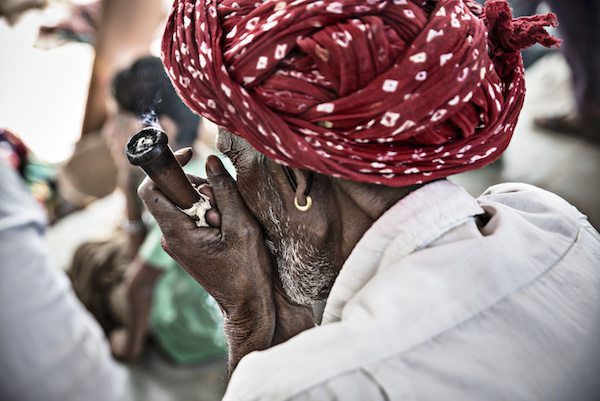 From Canada to Cambodia and Toronto to Timbuktu, people smoke pot. But in different parts of the world, weed culture manifests in different ways. Here are a few examples of different societies’ customs as they pertain to marijuana.

Although it’s prohibited by law, weed and India actually go back a long way. Before it was banned by the government, marijuana had already been used by practitioners of Hinduism, to whom pot is particularly known for its healing properties, for thousands of years. Thus, it should be no surprise that Hindu Kush and its derivatives are known for their efficacy at treating physical and mental illnesses.

Weed is referred to as ganja in India–Westerners’ use of the word ganja is borrowed directly from Hindi–and hash made from resin is called charas. The plant is indigenous to many areas of India, including the Himalayas, which are home to massive cannabis farms. One of the more common ways to consume marijuana in India is through bhang, a drink made of seeds and leaves.

Which country’s adults smoke pot the most? Jamaica? Maybe the Netherlands? Nope. Iceland. That seems pretty weird, until you find out that there’s been alcoholic prohibition in Iceland since 1915, and even beer was only made legal in 1989. So, for most of the twentieth century, Icelanders had to find another way to relax and party. As a result, more than 18% of adults in Iceland smoke reefer, compared to about 13% of Canadians and 16% of Americans.

Despite being so popular, weed is quite expensive in Iceland. Whether you buy it on the street or online, an eighth of high-grade chronic will run you over $200 Canadian. Compare that with Canada and be thankful you live in the Great White North!

Argentina has a pretty special approach to pot. It’s not just that it’s been legalized for medical use, as it has been in a lot of countries. It’s that if you’re approved as a patient who would benefit from using marijuana in Argentina, you’re supplied with the herb for free. This is all due to the hard work of parents of ill children who campaigned for introduction of medicinal marijuana. 136 families of kids with conditions ranging from epilepsy to autism backed a bill for pot’s legalization, and last year, the Argentinian Senate listened by giving the country socialized medical marijuana.

What world weed culture facts have you learned through your travels or conversations with people from other parts of the globe? Let us know in the comments below!