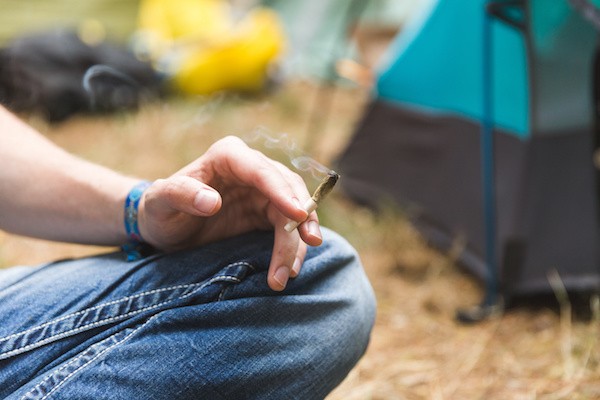 With the official start of summer commencing next week (June 21) you’re probably swamped with the planning of your seasonal festivities — fishing, hiking and camping, of course. While last year’s pending cannabis legalization probably didn’t stop you from indulging on your camping trips, if you’re an outdoorsy stoner, you’ll be excited to hear that Parks Canada will officially be allowing campers to puff-puff-pass around their campfires this season. As with any changes comes a series of rules to follow, so, just how freely can you use cannabis while camping?

What are the basic regulations?

Many of the outlined rules are the same as the Cannabis Act — adults over the age of 18 or 19 (depending on each province) can have in their possession no more than 30 grams of weed. However, there are some other statutes that all weed-friendly campers must also comply too.

How do these rules vary province to province?

British Columbia: In BC, campers are allowed to consume in public day use areas, on hiking trails and while wandering through the backcountry, but they’re not allowed to use cannabis within six metres of a playground.

Alberta: Our neighbour to the east is almost the same in regards to rules, however, they only need to be five metres away from playgrounds.

Saskatchewan/Manitoba/Newfoundland and Labrador/New Brunswick and Prince Edward Island/Yukon: These six provinces are sticklers for the rules, only allowing campers to use cannabis on their designated site.

Ontario/Nunavut: These provinces allow campers to consume in public areas, in the backcountry and while on trails, but enforce a strict 20-metre rule keeping all cannabis use away from playgrounds.

Quebec: Campers in this province must remain nine metres away from playgrounds, but just like many of the other provinces, allow public, backcountry and trail cannabis use.

Nova Scotia: This province has the most confusing cannabis camping rules. Campers are allowed to consume in day use areas but must remain four metres from any building. They also are not allowed to consume while seated on coastal benches and have to remain 20 metres from playgrounds. While the smoking of cannabis is allowed in the backcountry it must remain at least nine metres away from a standard hiking trail.

Northwest Territories: Fitting to the mold of other Canadian provinces, there are endless options for people who choose to camp in this territory. Just refrain from lighting up at least 30 metres near a playground.

Now that you can buy weed online and bring it with you, which campsites will you be visiting this summer?