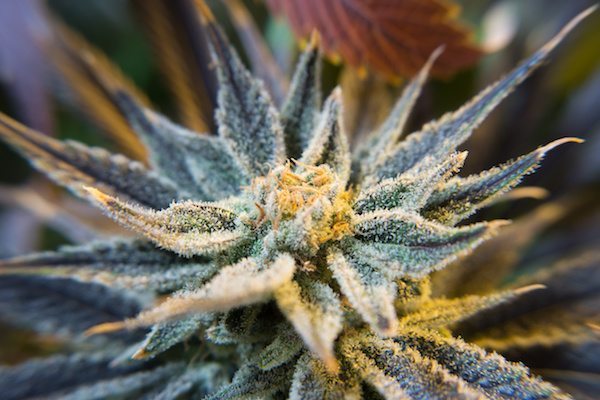 Weed has had a lot of negative press over the years. There are a lot of bad (and false) stereotypes out there about your favorite form of medicine. The tobacco industry, politically motivated moralists, and people who are merely uninformed have all contributed to the proliferation of various marijuana myths. Here are five of them, plus a few facts that explain why these claims are in fact fallacies.

This is simply false, and scientists have known it’s false for years. A 2006 study by a team at UCLA posited that weed smokers would be more likely to be diagnosed with lung cancer. The findings? “What we found instead was no association at all, and even a suggestion of some protective effect,” according to the lead author. Since then, new studies have suggested that marijuana could in fact lead to the diminished growth of cancer cells.

Myth: Pot itself doesn’t cause cancer, but smoking pot does because it’s still smoking.

This belief is even more prevalent than the first myth. On the surface, it makes sense, and that might be why it’s so widely held. But what it fails to consider is that even the most hardcore of stoners isn’t smoking as much pot as a typical, say, pack-a-day cigarette smoker is smoking tobacco. It’s true that all smoke contains carcinogens, but unless you’re Snoop Dogg, there’s probably not enough in your daily weed consumption to have a deleterious effect.

In Canada and the United States, marijuana prohibition has been practiced for decades. Despite this, more kids than ever are trying weed. It doesn’t take a rocket scientist to infer that prohibition isn’t working. In fact, now that certain states south of the border have legalized marijuana, researchers have found that it’s the other way around: the existence of a black market leads to more children having access to drugs. As marijuana advocates have been arguing for years, the introduction of a legal, regulated market is actually the most effective way to keep kids safe.

Myth: Weed is a gateway drug.

Stop me if you’ve heard this one before. Some poor sap tries marijuana, and the next thing you know he’s mainlining heroin while taking tabs of LSD and trying to fly out his bedroom window. But you know that’s bogus.

It is actually true that children who try marijuana are more likely to try other drugs. But all the evidence indicates that this has nothing to do with marijuana acting as a gateway and everything to do with the fact that people who want to experiment with one illegal drug are more likely to want to experiment with illegal drugs in general. The Institute of Medicine even stated in a study that there is “no conclusive evidence that the drug effects of marijuana are causally linked to the subsequent abuse of other illicit drugs.”

Myth: Marijuana was made illegal because it’s harmful.

As we detailed in a blog post on the history of weed legalization in Canada, barely anything was known about weed when it was made illegal. In 2018, we know that pot in fact has overwhelmingly positive effects on its users. And while abuse of marijuana still exists, it’s far less dangerous and widespread than alcohol abuse.

Is weed a miracle drug? No. Heavy use can still cause bronchitis or other respiratory illnesses. But if you find yourself with an affected throat, it probably means you need to smoke less, not consume less weed. Consider trying edibles or pills. You’ll get just as high as you do with smoking.

Which of these marijuana myths had you heard before? Are there any that we missed? Let us know in the comments below!